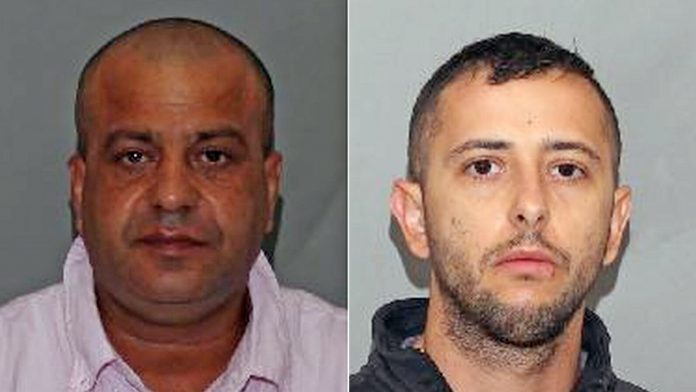 Police in the Greater Toronto Area say that following a joint-forces fraud investigation of alleged “distraction thefts,” they have two suspects in custody – one of whom was arrested in Laval.

The Toronto Police Service says that, between March 8 and June 11, Constantin Liteanu, 46, of Burlington ON, and Laurentiu Avram, 35, of Vaughan ON, were involved in a series of distraction thefts in the Toronto, Peel, Halton, Guelph, Niagara, Durham and Barrie regions. The police say Avram was arrested in Laval.

According to the allegations, the two men would approach other drivers while out on the road and claim they were having car trouble. While one would distract the victim, the other would steal debit and credit cards in the targeted vehicle. The cards would then be used fraudulently to make bank withdrawals and purchases.

Avram was scheduled to be arraigned later this week. The charges against him include:

The Toronto Police say the investigation continues and anyone with information is asked to contact them at 416-808-1400, Crime Stoppers anonymously at 416-222-TIPS (8477), online at www.222tips.com, online on their Facebook Leave a Tip page, or text TOR and your message to CRIMES (274637).