Laval says it’s ready for anything as winter approaches 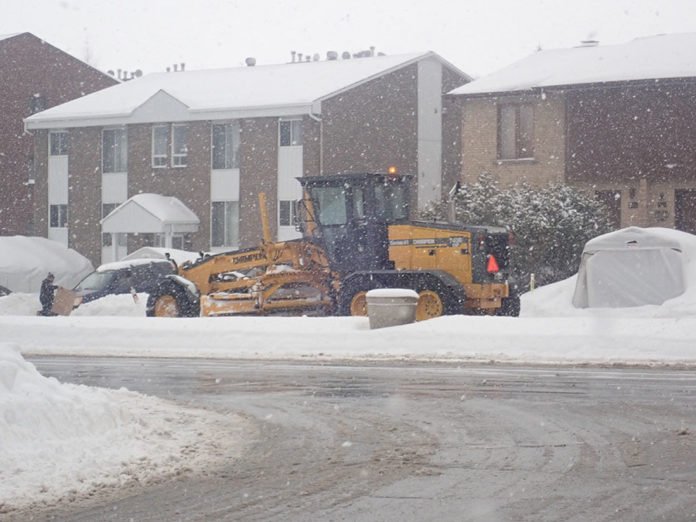 City says it won’t be caught unprepared like last year

Although weather forecasters are predicting the onset of winter this year won’t be quite as harsh as in the recent past, the City of Laval says it is going to be prepared anyway.

Last year, Laval, like many other municipalities in eastern Canada, got taken by surprise when the first storm hit with a vengeance. This time, the city says it has hired additional staff and done an inventory of snow-clearing equipment just in case.

A lot of work

“In Laval, with 3,000 kilometres of streets and 1,300 kilometres of sidewalks that get snowed in, each storm requires the mobilization of nearly 400 people on teams at public works,” says Sainte-Dorothée city councillor Ray Khalil, who manages public works dossiers on the executive-committee.

Each storm requires the mobilization of nearly 400 people on teams from laval’s public works department, according to the city

“Day and night, the workers are busy during weather events that are sometimes unpredictable, in order to make our roadways and sidewalks safe.”

Since even small gestures can help speed the work along, the city is asking residents to help in their own way. Among other things, residents are being asked to shovel or blow snow onto their own property, rather than out onto sidewalks or streets.

Place garbage and recycling containers for pickup on your property at the edge, rather than on the sidewalk or street. Parking regulations should also always be respected. While vehicles can be parked on the street, the city says it is preferable they be parked in private driveways whenever possible.

Snow shelters, a sensitive point among some residents, should be erected at a minimum distance of two feet from the sidewalk, and four feet from the street. This is necessary to allow proper clearance for snow removal vehicles, says the city. Additional information on the City of Laval’s snow removal methods and regulations can be obtained at this web site: neige.laval.ca.