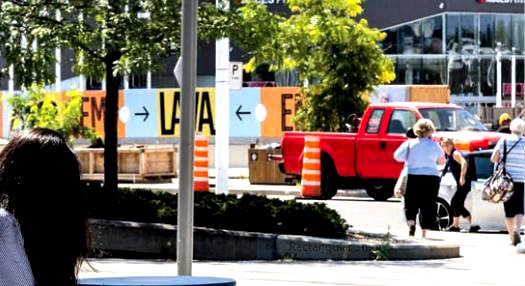 In preparation for the reopening of restaurants in Laval with the lifting of some COVID-19 restrictions, the City of Laval says it is preparing a variety of new measures to be implemented in time for the coming summer season.

Firstly, the city says it has begun to reach agreements with several restauranteurs for the implementation of temporary outdoor terraces.

In a statement, the city says the terraces proved to be very popular last summer and will allow restaurants to serve clients outside safely again this year.

As well, says the city, eight outdoor public “halts” will be set up this summer, where nearby restaurant owners will be allowed to post ads to promote their food delivery services.

Nearly 400 restaurant businesses offering indoor dining are said to still be seriously impacted by the pandemic. The city is encouraging residents to support them, remembering that it remains important to support local businesses.

“Restaurants are part of the economic vitality of our territory, and that’s why we have developed concrete measures to support their re-launch,” said Mayor Marc Demers. “In addition to the announced measures, we are studying other initiatives whose goal is to make our restaurants better known so as to stimulate the demand for them.”

Last year, in order to help relaunch Laval’s economy during the pandemic, the city had authorized several restaurant operators to enlarge their commercial spaces in order to accommodate the installation of temporary outdoor terraces.

For example, these restaurant operators could ask for a temporary permission to enlarge a terrace on their private land or into an adjacent parking lot. Should the current provincial sanitary measures be lessened, the city says it will allow enlarged terraces again this summer.

According to the city, a dozen or so business owners who took advantage of this last year have already been contacted, and most have expressed their interest in doing it again. The city says that others who may be interested this year can call 311 and make a request along with a proposition and a business plan.

Their dossiers will then be studied in order to determine if the requested configuration respects certain conditions, including fire regulations, as well as traffic flow should that also be involved.

In the meantime, the city also says that public halts, a few of which were in place last year, will allow Laval residents to find relaxing outdoor spots when they can rest and socialize, keeping sanitary measures in mind.

In addition to being places where lunches can be taken and eaten, some halts will also offer local products for sale, such as fruits and vegetables, coming from farms in Laval. There will also be receptacles to dispose of trash when required.

The 2021 outdoor halts will be located at the following spots: