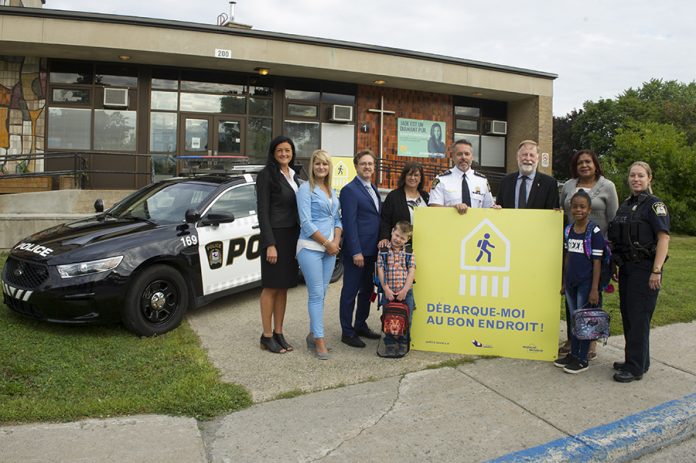 (TLN) Several elected officials and police officers from the Laval Police Department met on Sept. 6 at the Eureka School in Laval to draw attention to the safety of students during the back-to-school period.

A campaign supported by the city and the police is called “Débarque-moi au bon endroit” (Let Me Off in the Right Spot). The police were on hand to hand out courtesy “good driving” tickets to motorists passing through the area while following all the rules of the road properly.