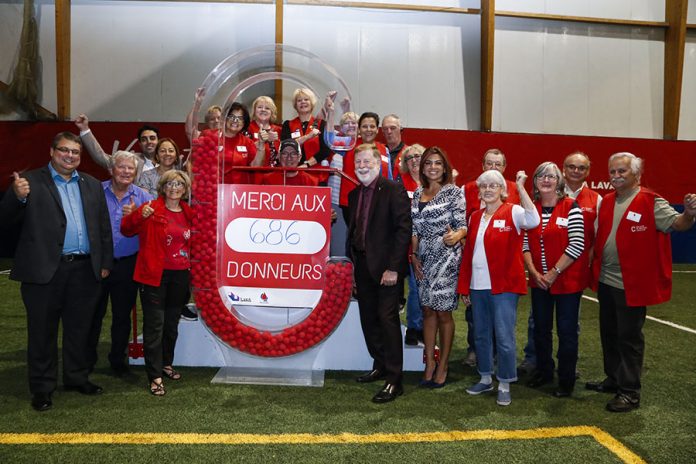 (TLN) On Sept. 5, nearly 700 blood donors took part in the Laval Blood Donors Clinic, proving once again that the Laval community is deeply committed to the cause.

Among the participants, 17.3 per cent of the donors (109 people) made a donation for the first time, compared to 100 new donors in 2018. According to the organizers, this was largely because of efforts that were made to get the donors to the clinic.

The success of the event was also seen as a result of the involvement of some 62 volunteers who came out this year and who have also helped in years past.

Among the partners who provided assistance to the City of Laval and Héma Québec at this year’s blood clinic were  Sanofi, Rhythme FM, Metro Plus Dépatie, McDonald’s and the centre sportif Bois-de-Boulogne.