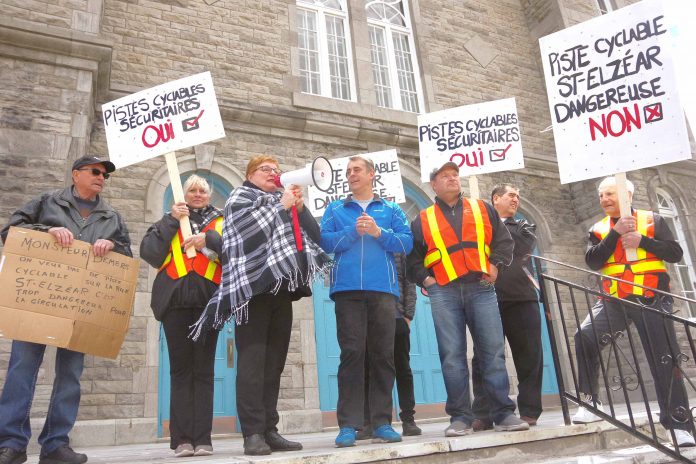 In the seven years since he first won a seat on Laval city council, independent city councillor Michel Poissant has gone from being one of the first councillors elected under Mayor Marc Demers’ Mouvement lavallois, to an independent dissident disagreeing fundamentally with Demers, to an Action Laval opposition councillor, then back again to independent status.

Clearly a man who doesn’t stay in one place for too long, Poissant has announced his next goal – to become mayor of Laval in next year’s municipal elections which will be taking place on Nov. 7, 2021.

In an interview this week with the Laval News, Poissant said the party will be taking a “client-driven” approach to municipal affairs, basing policies and decisions on the need to meet the standards expected by the residents and overs in the City of Laval.

“We have to have a listen-up approach,” he said, suggesting his party will be emphasizing the necessity to carefully listen to people from Laval, while adding that he’s already started gathering a considerable number of supporters who agree with the philosophy.

According to the Élections Québec website, Poissant has registered the Laval Citoyens/Laval Citizens as the name of a political party he’ll be leading going towards election day.

It’s been around six months since Poissant broke away from Action Laval, the opposition party he’d decided to join after leaving the Mouvement lavallois to sit as an independent.

Was with Mouvement lavallois

Poissant had bolted from Mayor Demers’ party along with four other ML city councillors who complained they found the mayor too authoritarian.

After sitting with Action Laval since late 2019, in May this year Poissant, who represents the district of Vimont, and his council colleague Daniel Hébert (Marigot), who had been one of those who left the Mouvement lavallois, announced they were leaving Action Laval, without saying what their intentions were beyond that.

Michel Poissant’s professional background is in accounting. A member of the Order of Professional Chartered Accountants of Quebec, he has 30 years experience in his profession and worked for the Fonds de solidarité des travailleurs du Québec as an administrator for around half that time.

According to the Élections Québec website, Poissant has registered Laval Citoyens as the name of a political party he’ll be leading going towards election day next year

During the time he sat as a Mouvement lavallois member of city council, Poissant presided two council committees responsible for overseeing auditing and accounting issues within the administration as well as the municipal employees’ retirement fund.

Since becoming an independent opposition councillor, Poissant has actively taken part in protests organized by Action Laval to draw attention to what the party claims was the haphazard way the city created bicycle path networks all over Laval.

When Poissant left Action Laval, at least one leading party member confided to the Laval News that his decision may have been spurred by a disagreement over who should lead the party, and Poissant’s failure to secure for himself a higher-profile leadership role in Action Laval.