Vaillancourt case could go to trial by March 2017 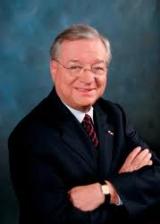 (TLN) Laval Mayor Marc Demers has enthusiastically greeted news that hearings in the trial of former mayor Gilles Vaillancourt could begin as early as March next year.

“What we think now is that judge Marc David is making himself available so that the trial can begin as quickly as possible,” Demers said in a statement last week.

“We note also that the judge shares our preoccupation to see justice administered within a reasonable time frame,” he added. “The judge expressed this concern while referring to recent cases in the news.”

Proceedings in the prosecution of Vaillancourt have been notable so far for significant court date delays obtained by his defence team.

Additional information as to whether the case will indeed be proceeding in due course is expected to be released on March 18 when an announcement will be made about defence and prosecution being able to establish court dates.