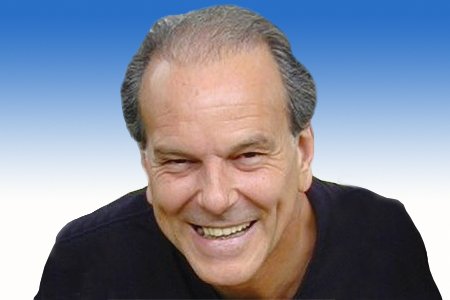 I’m hearing and reading a lot about Canada getting more vaccines by the end of each coming week, 500 thousand from India, and Pfizer now says 4 million by the end of March.

There’s also that repetitive point, “by September, vaccines will have been administered to everyone who wants to be vaccinated”-Justin Trudeau. That would mean close to two million vaccines into the arms of Canadians every week. Who is he kidding? This is the end of February and we have only received under 2 million for a nation of 38 million. And with no real system of distribution, and confusing priorities of order set by different provinces, he expects to get this done by then? 70% of Canadians don’t believe him. (National Post) And friend Joe Biden? Forget about it. Biden has kept Trump’s order of no vaccine exports, not even to his good buddy Justin.

What we are not hearing is the manner and method we are going to apply to get these vaccines as swiftly as possible into the arms of Canadians, once they arrive on Canadian soil. Justin Trudeau is quick to defend his so far failing mark by saying “we are working with the provinces to coordinate blah blah…” The leader of the NDP talks about getting “everybody involved like retired nurses and doctors and anyone able”, and licensed to inoculate. Wait a minute!

Should Canadians once again trust our politicians? They have already bungled our vaccination procurement. As of the weekend, Canada ranked “40th in the world on a per-capita basis” of vaccines received today. 40th! That’s behind most industrialized nations and some less developed countries. And now we want to leave the rest of the vaccination schedule, administration, and logistics to these same politicians? I don’t think so. Is there a better way? Absolutely. Two words.

Private enterprise. Why leave a vital and vibrant private sector out of this emergency. They could offer a phenomenal benefit with their experience and expertise. If “everybody” should be involved, then bring in the Costco’s, Walmart’s, drive through restaurants, pharmacies, corporations that own and operate casinos, arenas, and stadiums. Not only do they have acres of parking space and buildings that would provide health professionals the quickest and most efficient way to administer vaccines, but who can best organize, coordinate, focus on clients, (in this case those inoculated), provide excellent management teams, retain good employee talent. They are able to keep detailed records, adjust and innovate for better productivity, even adapt new technology. Unlike inexperienced and rookie politicians during this pandemic, who improvise with no predetermined plan, corporations do this every single day. And they are very successful at it.

I have not heard one politician speak about harnessing talent, know how, and experience from the corporate sector to help out. Have they been approached? Why not? Let’s do it then.

Some U.S. states are working with the private sector. How do you think Israel became leader in per capita vaccinations? Round the clock drive throughs and pharmacies have led to most over 60 vaccinated.

“It tastes awful, but it works”. You recognize Buckley’s tag line, popular since the 80’s. And it’s applicable to our lock downs and curfews. They taste awful but they are apparently working.

Quebec cases have dropped to around 900 after several weeks of the curfew, best since November and hospitalizations are fewer too. Good behavior has to be another reason. I even see people wearing their masks outdoors. Aside from being cautious, it does admittedly keep the face warm in these frigid temperatures.

But, there is a ‘but’. Our progress is being threatened by a potential third wave, brought on by variants. And even Pfizer admits its vaccine may not be nearly as effective, especially against the south African variant. In the end, yes, the pandemic will end at some point, but likely not this endemic virus.

I can’t leave just yet without mentioning another major gaff. Our liberal government still has not learned its lesson. With the two Michaels still in jail, the continued abuse and bullying by China, our government has signed another deal with this regime. According to the Globe and Mail “Chinese police own a company that collects details of people applying for visas to Canada”, through Canada’s visa center in Beijing. Are you kidding me? What is going on? Fix this, immediately, please.

And a tip of the hat to 80-year-old Dr Anthony Fauci, who won a top international prize for “his exceptional work with infectious diseases over his life”. Congrats Doc.