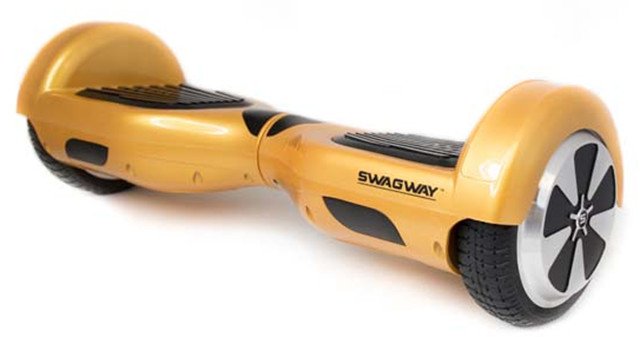 Hoverboards have two wheels at either end of a platform and are powered by lithium-ion battery packs. The Swagway brand X1 hoverboard has the word “Swagway” on the front of the hoverboard and comes in gold, black, white, blue, green, red or pink colours.

The lithium-ion battery in the hoverboard can overheat, posing a potential burn and fire hazard.

Neither Health Canada nor Swagway LLC has received any reports of consumer incidents or injuries related to the use of this product in Canada.

In the United States, there have been 42 reports of the battery packs smoking, catching fire and/or exploding, including 16 reports of injuries, such as burns to the neck, leg and arm, or severe property damage.

The recalled hoverboards were sold from September 2015 to July 2016 online and at various stores.