Members of the Sacred Heart School of Montreal community raised $60,000 on Jan. 31 during a Raise the Roof capital campaign event to help build a new auditorium for Sacred Heart’s music and drama programs.
One hundred and twenty-five guests – including members of the Religious of the Sacred Heart of Jesus, current and past parents, alumnae, sponsors, suppliers, staff and faculty – attended the event at the Plaza Volare in the Crowne Plaza Hotel on Côte de Liesse Rd.
They enjoyed lavish cocktails from tables sponsored by the Ferri Family, and had their photos taken by PBL Photography, sponsored by JCB Construction Canada.

Entertainment, sponsored by CMLS Capital, was provided by Sacred Heart’s very own Erin Waldbrook, along with her husband Adam, as well as the Sacred Heart Show Choir and DJ Marco Ferri.
While the Waldbrooks played flute and trombone to accompany the cocktail hour, the students put on a dazzling show with choreography, to the hit songs Believer by Imagine Dragons, and Most Girls by Hailee Steinfeld.

In addition to the auditorium, Sacred Heart School of Montreal also plans to build a wellness centre for physical and mental health, while undertaking renovations to the Sacred Heart students’ overall learning environment.
After some moving words by Sister Sheila Hammond, head of the Society of the Sacred Heart’s U.S.-Canada Province, supper was served. The 4-course dinner of Manicotti di Crespella Ripena Alla Fiorentina, with fusilli; arugula topped with Parmigiano shavings; braised beef (or a vegan or gluten-free alternative); and chocolate lava cake, was sponsored by ALRE Properties Inc.

The decor was sponsored by Architecture49. Menu cards and other printed materials were sponsored by Presti Homes & Developements. The ever-beautiful flower arrangements of tulips, white roses, and hortensias were generously donated by Fleuriste Jules d’Alcantara.
The outgoing president of the board of directors, Roberto Di Giorgio, made a heartfelt speech about his time at Sacred Heart, both as a volunteer on the board as well as a parent to Alessia ’09 and Rebecca ’17. Alessia, an invaluable volunteer for the evening’s event, introduced her father.

Head of School, Shawn O’Donnell, thanked Mr. Di Giorgio for his years of service to the school and announced that the event surpassed its fundraising goal, earning $60,000 for The future at heart, to the benefit of the entire Sacred Heart community.
Part of the funds were raised through the sale of raffle tickets the evening of the event, thanks to the help of alumnae volunteers Alessia Di Giorgio ’09, Stéphanie Christodoulopoulos ’09, Caterina Gasparrini ’91, and Rosemary Vaupshas ’78.

As well, the live auction contributed greatly to the evening’s success, thanks to auctioneers Paul Kruszewski and Melanie Dirks. Registration for the event was sponsored by Golden Home Care.
Proceeds from the evening will be invested in major capital improvements to the school. The wellness centre will be designed as a space to support the physical, mental and emotional health of the students, while the new performance space will also further contribute to the Sacred Heart community by making it available for events. 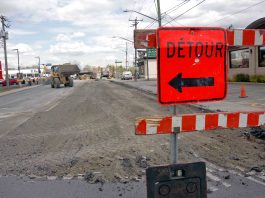 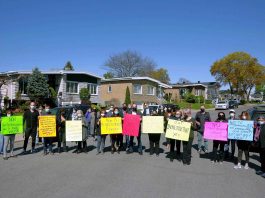 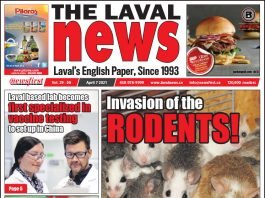 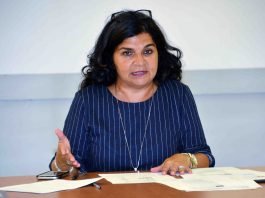 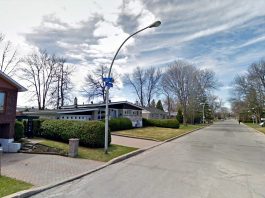