The Chomedey Soccer Club is wrapping up a very successful summer season. The most noteworthy success comes from their under-16 girls AAA team. On September 7th, they won the Coupe du Québec, defeating CELTIX HAUT-RICHELIEU 3-1 during the final match at complex Bois de Boulogne.

The team also clinched the league championship and finished first in the Ligue élite soccer du Québec (LESQ). The girls’ team suffered only one defeat the entire season. Billy Zagakos who took over the team in February explained that the transition wasn’t easy.

With the assistance of George Strantzalis, the club’s new technical director, they adopted a new philosophy, game model and tactics. However, as change is never easy, making the girls believe and buy into the plan required them to change their whole mindset – they way they approached things, the intensity they wanted, the type of practices, said Zagakos.

In the end, he continued, they did a very good job and it showed right from the beginning of the summer. Rolling off 11 straight wins, the girls established themselves as the team to beat and the favourites moving forward. Although they had a lot of injuries, they persevered through the dog days of summer and everyone stepped it up during the games.

The icing on the cake was the Quebec Cup, said Coach Zagakos, who went on to thank coach Jad Hamadeh, goalie coach Thanasi Manolopoulos, manager John Theodossiades, and especially technical director George Strantzalis. Next year, they agreed, things will be tougher as opponents will be hunting for them. That’s why, they insisted, the focus on commitment, a strong work ethic and professionalism has to be twice as good.

The president of the club, Stephane Alex Bisbikos, said everyone in the club is extremely happy and proud of their girls’ team and what they accomplished. He also maintained they was not surprised with their success. He said the team was a force to reckon with and will likely continue to do so.

Bisbikos said the club has a proven track record for developing and fielding elite teams. In addition to the girls’ team, the Chomedey club has two other AAA boys’ teams which are also preforming extremely well.

This year marks the 30th anniversary of the club and winning the cup was a very fitting moment. In August, the club successfully submitted its application for a Youth National license, which is the highest level an amateur club can hold.

Bisbikos said he is confident that Chomedey will succeed in its application, given the quality on and off the field. He said the club is very fortunate to have highly qualified coaches and volunteers and is currently preparing to meet new national club level requirements. This will ensure that the club continues for the next 30 years.

The Chomedey Soccer Club leadership said the U16FAAA team had a difficult winter preparation. They changed coach and with Billy Zagakos in the position of head coach he changed the style and the way the team played.
At first it was not easy to apply the tactic, they continued: applying the style of play of a “possession game” and pressing high! Of course, the team has quality players and the spirit of the whole team quickly led to the championship. The team suffered their only defeat throughout the championship, which was definitely a good lesson for all, he maintained.
The follow-up was amazing, so the club won the championship (with a big margin of points from the second place team) and the cup at the same time. Once again, congratulations to coaches Billy Zagakos, Jad, Thanasi Manolopoulos, team manager John Theodossiadis, as well as all the parents and the CA of CSC for the effort and support in the U16FAAA division.

The winter season wasn’t easy trying to install the new philosophy, game model and tactics.  Making the girls believe and buying into our plan wasn’t easy. The whole mindset had to change. The way we approached things, the intensity we want, and the type of practices.
They did very good and it showed right from the get go of the summer season, rolling off 11 straight wins and establishing ourselves as the team to beat and the favourite going forward.
The teams will and perseverance through the dog days of summer when we had a lot of injuries, all the girls stepped up their game. The icing on the cake was the Quebec cup win, without team unity and everyone pulling together this amazing season wouldn’t have happened.
I thank all the coaches assistant Jad Hamadeh, goalie coach Thanasi Manolopoulos, the manager John Theodossiades and especially the TD George Strantzalis who was hands on with the team. Next year will be tougher, all the opponents will be hunting for us. That’s why our focus, commitment, work ethic and professionalism has to be twice as good. 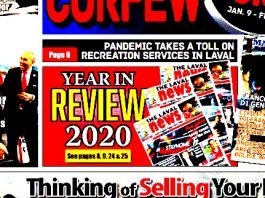 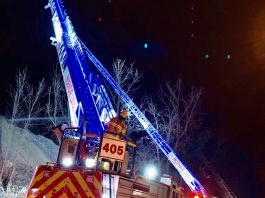 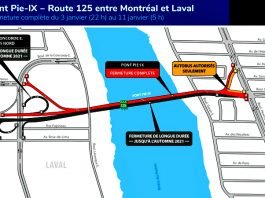 Pie-IX Bridge to shut from Jan. 3-11 for steel work 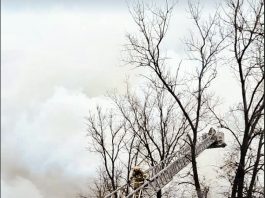 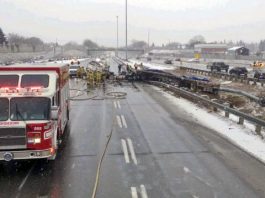 Slow-going on A-15 near Cartier Sunday afternoon, after major truck spill 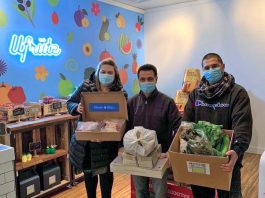 De Cotis unites with merchants to assist families at Christmas