Place Bell still not ready to take in COVID-19 patients 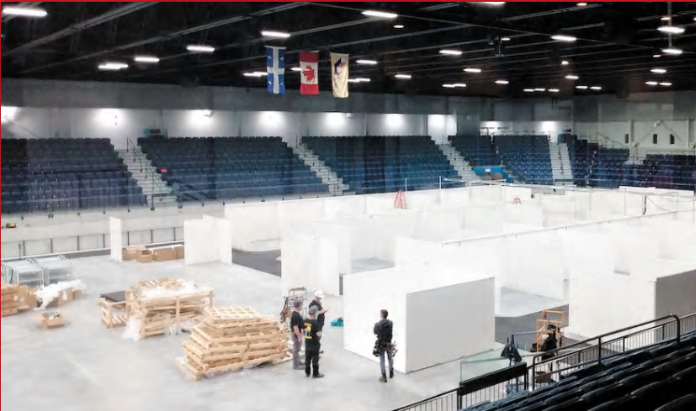 After formally announcing last Friday that everything was in place to begin taking in the first of an eventual 50 recovering COVID-19 patients at Place Bell, the CISSS de Laval still hasn’t opened the site because of a lack employees to staff the temporary facility, CBC Montreal is reporting.

“We expect to be able to open very soon,” Judith Goudreau, a CISSS de Laval spokesperson, told the broadcaster on Friday. According to the CBC, a new date has been set for Place Bell to start receiving patients.

The regional health authority announced in a press release that May 15 would be the first day that patients recovering from COVID-19 would start to be taken into the temporary hospital ward set up on one of the ice rinks at Place Bell.

The patients are from Cité de la Santé, where there is an overflow, as well as from retirement residences in Laval that are currently besieged by COVID-19.