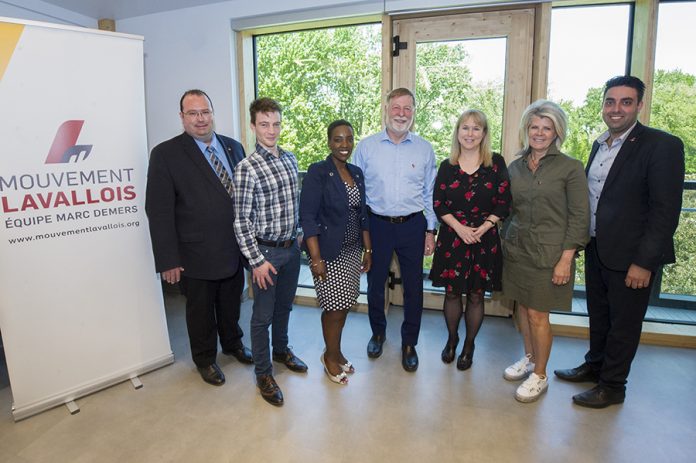 While the day’s activities included a look at the party’s financial state, a new executive-committee was also introduced.

Lyne Sylvain is the new president. Sylvie Bélanger, formerly responsible for 9-1-1 service with the city, is now vice-president of the ML, while Annick Annick Merry Senghor (a former 3-1-1 service employee) is the new treasurer. Pierre Brabant remains the secretary, Patrick Ramsay is in charge of the youth wing and city councillor Ray Khalil will represent council on the party’s executive.

“I am very happy to be able to count on persons of very high stature on our executive, notably with the arrival this year of three women who distinguish themselves through their talent and devotion,” said Mayor Demers.