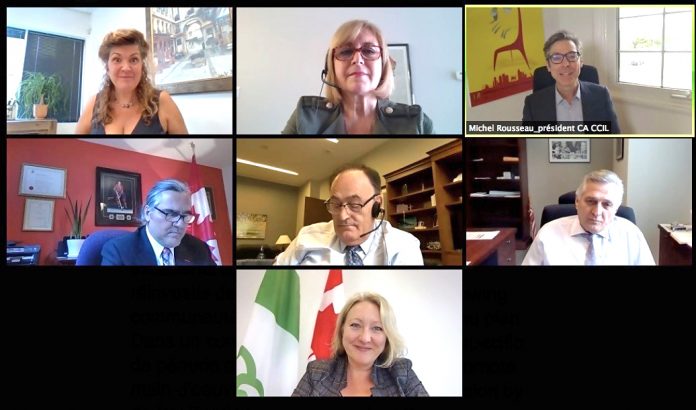 During the Sept. 30 webcast open to media and chamber members, the business owners warned Fortier about labour and staffing problems arising as a result of the COVID-19 pandemic.

“Our first priority is addressing this pandemic and ensuring Canadians are healthy and safe,” Fortier told the LCCI members and the MPs present. “We are getting them the help they need today, while finding solutions which will improve their quality of life over the months and years to come.

“In the long-term, as we look to recovery, we are determined to build back better,” she added. “We will focus on targeted investments to strengthen the middle class, create jobs, and generate clean growth. We will take bold action on health, the economy, equality, and the environment to build a more resilient country for future generations.”

During the meeting, leaders with several of the Laval-based businesses and enterprises pointed out to Fortier that they currently are in a growing need of employees and workers to meet a backlog of client orders and demands.

“They told me they needed workers to be back in their jobs and that ways needed to be found to respond to the labour shortages,” Fortier said in an interview with The Laval News afterwards. “They were saying that in Laval there are specific concerns and challenges and we need to work together to help in the recovery phase.”

Fortier said she was aware that Laval is facing certain recovery challenges, since some of its sectors of commercial activity, such as tourism and hospitality, have been especially impacted by the pandemic.

“We need to look at how we’re going to support these businesses,” she said, while adding that the government plans to carry this out while keeping in mind the additional necessity of transitioning to a greener economy, which takes environmental impact into account.

Later during the meeting, Fortier highlighted the work done up to now by the federal government through Canada’s COVID-19 Economic Response Plan to support businesses and individuals. And she shared the government’s plan for economic recovery as outlined in the recent Speech from the Throne.

She said the federal government’s approach rests on four pillars: to secure public health and fight the pandemic; to support jobs and businesses; and to build the foundations for a better recovery and safeguard Canada’s values while doing so.

To further these priorities, Fortier added, the government intends to take additional steps to assist vulnerable Canadians to the other side of the pandemic. These measures include making the largest investment in Canadian history for training for workers; enhancing the First Time Home Buyer’s incentive to ensure families can afford a home; making a significant, long-term, sustained investment to create a Canada-wide early learning and childcare system; and extending the Canada Emergency Wage Subsidy (CEWS) through to summer 2021 so businesses can keep their workers.

According to Fortier, the measures also include scaling up the Youth Employment and Skills Strategy, to provide more paid work experiences for young Canadians; expanding the Canada Emergency Business Account (CEBA) to help businesses keep their doors open; and introducing further support for industries that have been the hardest hit, including travel and tourism, hospitality, and cultural industries such as the performing arts.

The meeting was the first in a series of town halls that Fortier said she will be participating in to highlight the continued work of the government to address the pandemic and rebuild the country’s economy.

According to a statement issued by Fortier’s office, Canada’s COVID-19 Economic Response Plan has put into place a number of programs for individuals and businesses to weather the worst of the economic storm brought on by the COVID-19 pandemic. The programs include: