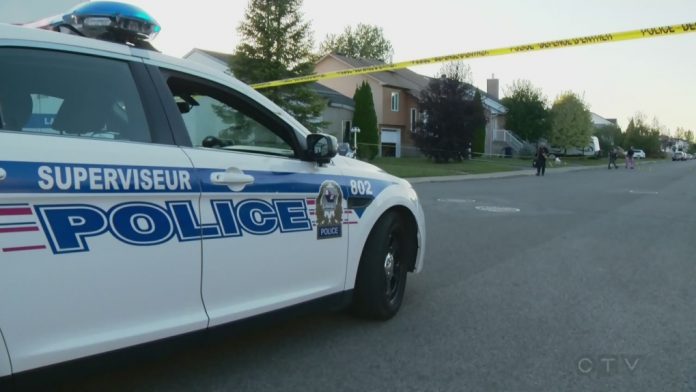 Officers with the Laval Police Department have been busy lately issuing tickets for at least $1,000 each to individuals seen gathered while not obeying the mandatory two-metre distancing rule decreed by the province in the ongoing struggle against the COVID-19 virus.

Up to Monday April 6, according to Laval Police spokesperson Cst. Évelyne Boudreau, the force had handed out 56 such tickets, with an equal number at least expected to be issued during the following week as the COVID-19 situation continued to evolve.

But as she pointed out during an interview with The Laval News, those initial tickets were issued pending their analysis and confirmation by the office of the provincial director of criminal and penal prosecutions (DPCP).

“They will be the ones analyzing the information and figuring out if the tickets will be given out or not,” she said.

Since the first tickets were issued, however, the Laval Police Department received an unconfirmed directive from Quebec, effectively enabling the LPD to issue tickets in much the same way that other types of citations (for speeding etc.) are handed out, Boudreau added.

“As of this morning, I did not have information that we were able to give a single ticket out right there and then,” she said last week. So they were still handing out the other type of tickets and waiting for word from the DPCP on how to proceed on a ticket-by-ticket basis.

“We’re supposed to be able, like Montreal and the Sûreté du Québec, to give out citations [tickets] directly to the offenders. The authorization was given out by the government to the cities and the cities must decide and then transfer the information to the police department.”

Boudreau said the Laval Police Department expects to issue ticket count updates on Twitter each Monday while the distancing rules are in place and the police have a mandate to enforce them.

According to Boudreau, the LPD’s patrol officers have been issued specific instructions on how to identify situations in which people are failing to comply with the distancing rule. The provincial government’s decree regarding gatherings and events states:

Outdoor gatherings are permitted in the case of the occupants of the same residence or a site that serves this purpose or when one person receives from another person a service or support. Individuals must maintain, as far as possible, a minimum distance of 2 metres from each other.”

Boudreau said the LPD’s officers have been advised to evaluate each situation after intervening and questioning those they suspect are not obeying the rules. She noted that some situations can be complex. For example, parents with shared custody of children with whom they are not currently living may have to provide an explanation if stopped by the police.

She said the force has also been turning up at businesses in Laval where the owners aren’t respecting the general shutdown decreed by Quebec, except for those businesses regarded as “essential services.” As well, she continued, more LPD officers than ever are now out on active patrols after being requisitioned from internal or administrative duties in response to the COVID-19 crisis.