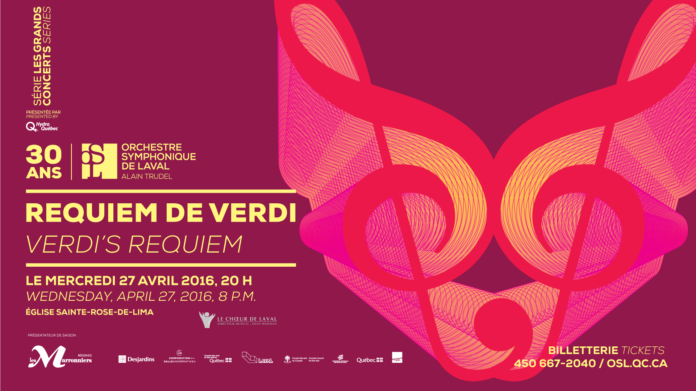 It is impossible not to be moved by the Verdi’s Requiem. First performed in 1874, this Requiem Mass, instantly recognized by its thundering “Dies Irae”, embodies romanticism in every respect. The Orchestra welcomes four accomplished vocal soloists including the superlative tenor John Mac Master, ‘’a Canadian tenor with a huge, powerful voice’’ (New York Times) – and more than 100 choristers from Chœur de Laval. This essential work in the repertoire for choir and orchestra bursts forth with grandeur and moving eloquence. The vibrant and solemn atmosphere of Sainte-Rose-de-Lima Church and its excellent acoustics will immerse the audience in this masterpiece. Cushions available at church.