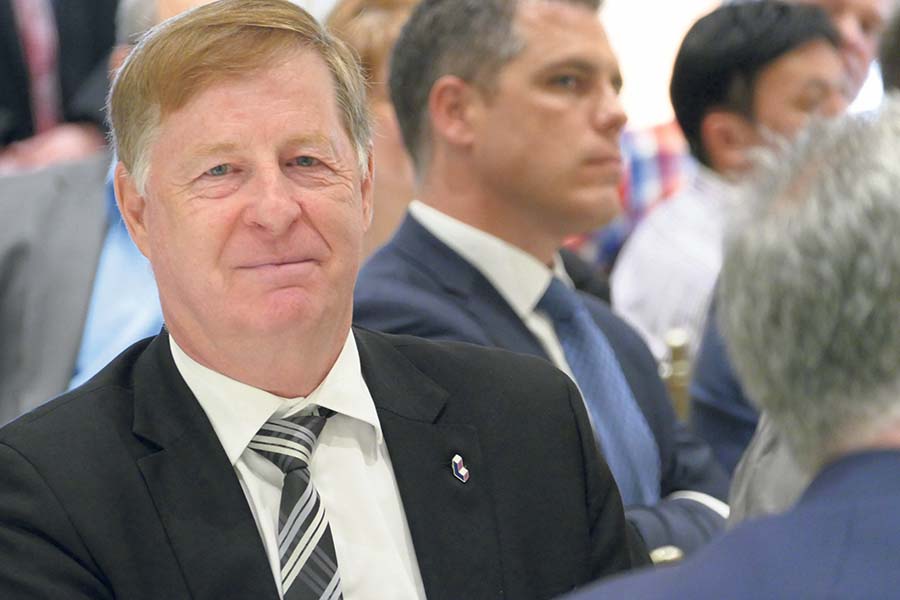 Residential as well as non-residential property owners in Laval will be paying 1.8 per cent more in taxes in 2019, according to the city’s latest annual budget which was released to the media last Monday at Laval city hall.

The Demers administration’s sixth budget since first being elected in 2013 allocates funding for $875.3 million in expenses over the coming year. This compares to $836.3 million in operating expenses and a 1.4 per cent tax increase for 2018.

In real dollars, the 1.8 per cent hike translates into a $59 increase on a municipal tax bill for a single-family house valued at $358,000 based on the last property roll. The increase in the bill for an average condominium property is just $5 based on a condo worth $255,705.

Regarding the obvious disproportion in the size of tax hikes for the two types of property, Sylvain Gouin, the City of Laval’s director of finance, acknowledged during a media briefing on the budget last Monday morning that the disparity is indeed “odd,” although he didn’t elaborate.

While critics of Mayor Marc Demers’s administration are putting him on the defensive for presenting yet another budget with a tax increase, Demers pointed out, as he has in previous years, that the hike is in line with the prevailing rate of inflation.

However, while the Demers administration claimed last year when tabling the 2018 budget that its overall property tax hike was below the rate of inflation, an official statement issued by the mayor’s office earlier this week says of the 2019 tax increase that it “corresponds to the growth in inflation that is projected.”

Addressing journalists, Mayor Demers said, “The City of Laval’s 2019 budget faithfully reflects the commitments that we made towards the population. It is based on our profound wish to offer to citizens quality services, always evolving, and all delivered with respect for their capacity to pay. It also bears witness to our desire to do more with regards to sustainable development and active mobility.”

The 2019 budget allots an additional $36 million for the overall improvement of municipal services in areas that include organic waste recycling and snow removal. The Demers administration says it will be paying particular attention next year to the repair and maintenance of pavement on Laval’s streets, continuing support for public transit, the processing of citizen complaints and requests, and measures to deal with backed up sewers.

To reach these goals, the city plans to hire more employees. A “Snow Patrol,” which was created by the city to improve snow removal coordination and which is said to be a success, will have three new permanent employees. New hiring is also planned at the urban planning and permits department, as well as at the engineering department where three technicians are being taken on. Up to 15 new employees are being hired to help deal with the backed-up sewer problem, including four specialized engineers.

Also in the new budget, the city is introducing a tax credit program for owners of non-residential buildings in order to encourage construction or improvement of admissible buildings. A second tax credit program will encourage revitalization and modernization of some of the oldest sections of Laval’ industrial parks. The city says it is also introducing changes in the way agriculturally-zoned properties are taxed, while noting that 30 per cent of Laval’s territory is farm land.

Laval’s three-year capital works budget earmarks more than $1.04 billion for the upgrading and safeguarding of the city’s existing properties and infrastructure, as well as for the development of new infrastructures. The city is allotting more than $50 million in the three-year plan for the construction of the much-anticipated Aquatics Centre which goes to tender in 2019.

Other major projects in the capital works budget include the construction of new firehalls in Pont-Viau and in Laval-Ouest at a cost of $21.7 million. The Laval Police Department will get a new police station to serve the western end of Laval at a cost of $12.8 million. The city plans to spend $16.6 million for work to improve aquatics equipment at swimming and wading pools at several parks, including Berthiaume-Du Tremblay in Chomedey.

Reacting to the budget, the official opposition Parti Laval denounced the 1.8 per cent tax increase. They claim that since 2015, property taxes in Laval have risen by a combined 8.2 per cent, while the rate of inflation has been just 5.1 per cent during that period. As a result, the Parti Laval wants the city to decree a tax freeze.

For their part, Action Laval issued a statement in which Chomedey councillor Aglaia Revelakis, the party’s sole member of city council, said, “Citizens are having more and more difficulty closing the month and are being constantly asked for more money. I don’t accept that! We are going to fight for them.”