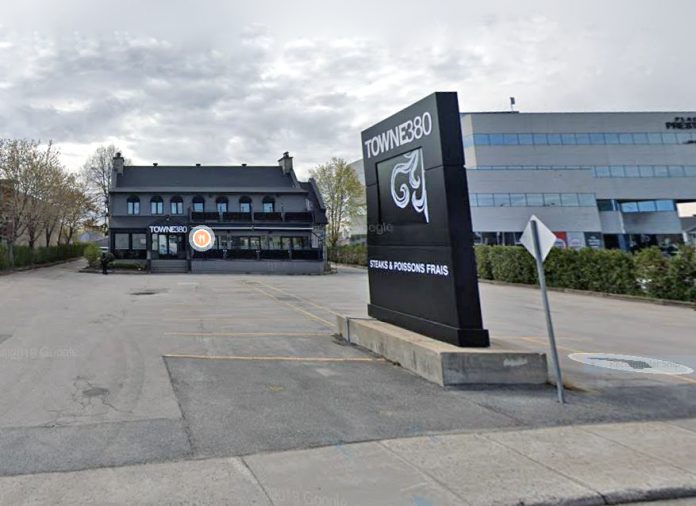 The Towne380 restaurant, a landmark eating establishment on Saint Martin Blvd. West in Laval renowned for its steak and seafood offerings, was seriously damaged by fire during the early hours of Thursday morning.

The Laval Fire Department has opened an investigation into the possibility it was caused by arson.

The fire department received a call around 2:20 am from a nearby resident reporting that flames could be seen inside the restaurant which had closed at midnight.

Firefighters were reportedly on the scene for at least four hours bringing the blaze under control. During that time they found evidence that the fire had been set with accelerants.