It is important that Canadians can access online government services easily and securely, says Chief Information Officer of Canada
More 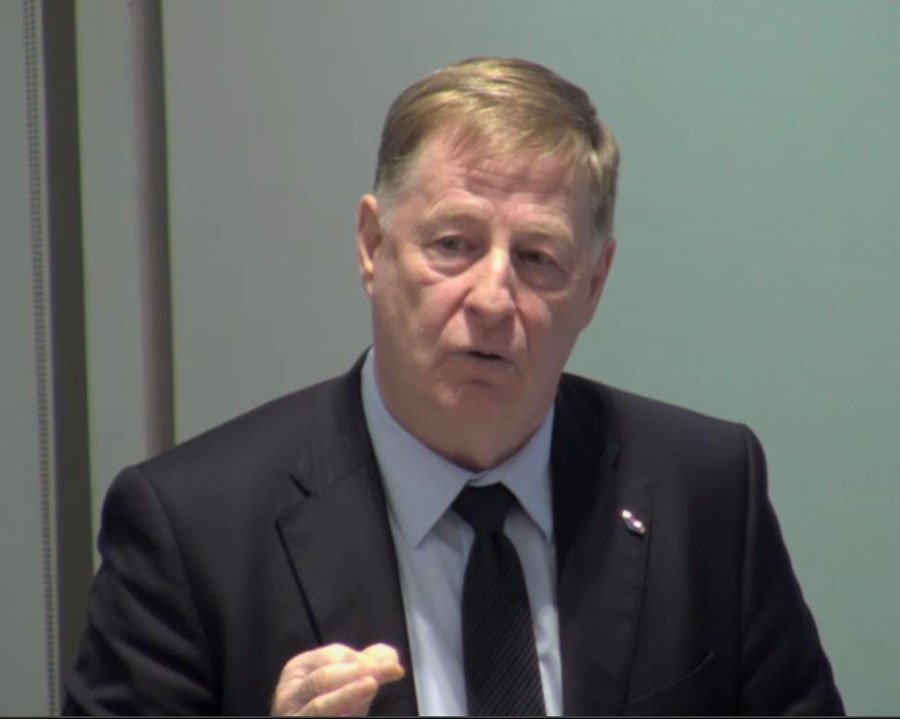 At the beginning of Laval city council’s March 13 public meeting, the council’s president, Councillor Christiane Yoakim, invited everyone to observe a moment of silence in memory of Athéna Gervais, the Laval teenager who died recently after consuming a sugary beverage with a high concentration of alcohol that she had purchased along with other teens.

During the meeting, Mayor Marc Demers announced a new council by-law to modify existing regulations in order to increase a subsidy from $100 to $150 paid by the city annually to senior citizens 65 years and older who rent or own their home.

The subsidy rises from $200 to $300 per year when the recipient is already receiving the federal guaranteed revenue supplement in accordance with the social security act. During the same meeting, the city gave its support to the Commission scolaire de Laval and the Complexe Multi-Sports de Laval for the Jeux du Québec being held in Laval in two years.

The support was extended in view of the fact the city needs facilities where sporting events can be held. By 2020, Laval is expected to have opened its new aquatic complex, and will also have facilities for athletics events, as well as for sports like baseball.

In another development, Virginie Dufour, city councillor for Sainte-Rose and an executive-committee member, was appointed the City of Laval’s representative on the governing board of Tricentris, a non-profit recycling company, for two years. At the same time, Renaud city councillor Aram Elagoz was appointed as an alternate member of the Tricentris board if Dufour is unable to attend board meetings.

Tricentris has a contract with the City of Laval that runs from April 1 this year until April 14 2022. Tricentris, which was created by a group of municipalities across the province that were determined to take recycling into their own hands, now serves more than 200 towns and cities, making it the most significant recycling firm in Quebec.

Councillors Isabella Tassoni (Laval-des-Rapides) and Aglaia Revelakis (Chomedey) tabled a report on work they were assigned to carry out with regard to gender equality in the city. Tassoni thanked the Centre des Femmes de Laval as well as the Table de concertation lavalloise en condition féminine (TCLCF) for their help. “Today marks a major step towards a future that’s more egalitarian for our women and for our city,” said Tassoni.

For her part, Revelakis said that she and Tassoni, along with Councillor Dufour, will be helping to form a committee that will lead towards the creation of a new consultative council on women’s issues. “This is my commitment towards all women and I am proud of it,” said Revelakis, while adding that she and Tassoni were tabling the report on gender equality “on behalf of all women.”

Others chosen to be members of the new women’s committee include Lucille Francoeur and Marie-Ève Surprerant, who currently are president and coordinator of the Table de concertation lavalloise en condition féminine respectively, as well as Corine Vanderborght, a representative from the Centre des femmes de Laval.

During a segment of the meeting reserved for councillors’ statements, Councillor Nicholas Borne pointed out that March 11 – 17 was Intellectual Disability Week in Laval, when efforts are made to draw attention to intellectual disabilities and their impact on people’s lives. Councillor Borne had the honour this year of being named honorary president of the week’s festivities for the Association lavalloise pour la déficience intellectuelle.

Saint-Bruno city councillor and deputy mayor David De Cotis, who is responsible for economic development on the executive-committee, read out some impressive statistics. According to De Cotis, from February 2017 until February this year, the number of employed people in Laval rose by 23,000, while the unemployment rate fell by around 2 percentage points to a low of 6 per cent.

“These are very positive results which can be explained by the success of our businesses,” he said, while singling out one company in particular – Aliments Viau – which, according to De Cotis, recently invested $40 million in its Laval facilities, with the creation of 125 more jobs.

During the citizens’ question period, Benoit Blanchard told the mayor that in an area of Australia known as Gold Coast, the local officials have had success installing bicycle paths on pedestrian sidewalks instead of on the side of the street. He said Laval should consider doing the same. Mayor Demers responded that the city has no such plans, but will be accelerating its development of bike paths in the coming years.

During the citizens’ question period, Benoit Blanchard told the mayor that in an area of Australia known as Gold Coast, the local officials have had success installing bicycle paths on pedestrian sidewalks instead of on the side of the street. He said Laval should consider doing the same. Mayor Demers responded that the city has no such plans, but will be accelerating its development of bike paths in the coming years. 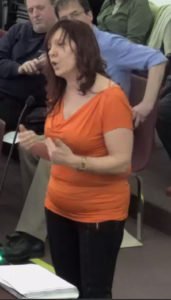 Based on testimonies of citizens living on Mill Hill Street, snow removal in the area is the pits. “As resident of Place Mill Hill we are trapped” said Mrs. Sasso. “When we call the city tell us that we are not a priority. This year the snow removal is deplorable.  When it snows we are trapped and cannot get out. Give me back my $4000 in taxes and I will clean up the snow”, she said. Another citizen Irene Karas, informed the council that due to the snow removal situation, back in February firemen took fifteen minutes to answer a call which resulted for her neighbour to suffered severe burns. 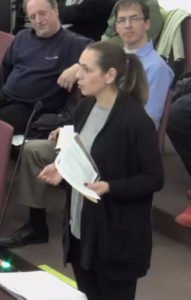 Answering the citizens the mayor Demers said that he will enquire with the 311 call centre as well with the fire chief to find out what happened.

Illumi ‘World of Lights’ returns to Laval for Halloween and Christmas

Ouellette hopes his new book blows the lid off UPAC

Hot dogs were on the menu at Aglaia Revelakis’ summer BBQ...

Laval now on heightened ‘Yellow’ alert for spread of COVID-19

With an announcement Tuesday by Quebec that Laval is now on a "yellow" alert for COVID-19, the CISSS de Laval has issued...
Read more

Laval now on heightened ‘Yellow’ alert for spread of COVID-19