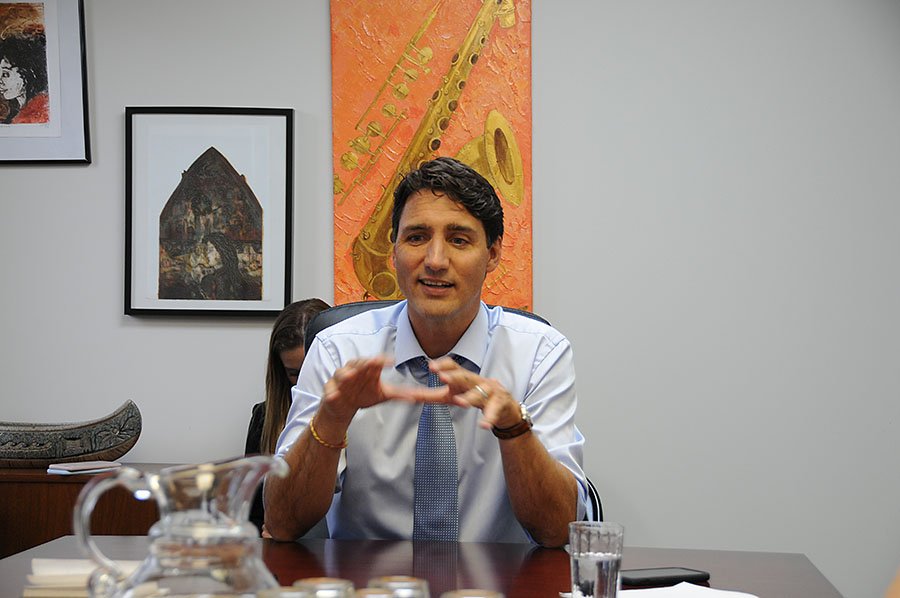 How time flies. Looking back a decade, it’s hard to resist using a cliché when saying that it seems like only yesterday Justin Trudeau was setting his sights on becoming an MP in Canada’s Parliament.

And yet it has indeed been a decade since our current Prime Minister walked into the public library in Montreal’s Park Extension district to sit down with Newsfirst Multimedia for what would be his first interview with us, as he prepared to seek the Liberal nomination to run in Papineau in the 2008 federal election.

In a wide-ranging interview last week in conjunction with the upcoming 10th anniversary of his first being elected, Prime Minister Justin Trudeau described his beginnings in federal politics as “a steep learning curve,” although “that was the whole point,” he said.

According to a by-now well-known account, Justin Trudeau had been contemplating entering federal politics for some time. As early as 2007, rumours circulated that he was seeking the Liberal nomination in the riding of Outremont, although the riding had already been staked out for Stéphane Dion.

As the story goes, this motivated Trudeau to choose the neighbouring riding of Papineau, where he easily won the Liberal nomination on April 29, 2007.

“Ten years ago, picking a place that I knew would teach me not just what mattered for local issues but for the country was at the heart of what I was trying to do,” he said last week, looking back. “I had a lot to learn and I knew that I would work very, very hard and learn.” 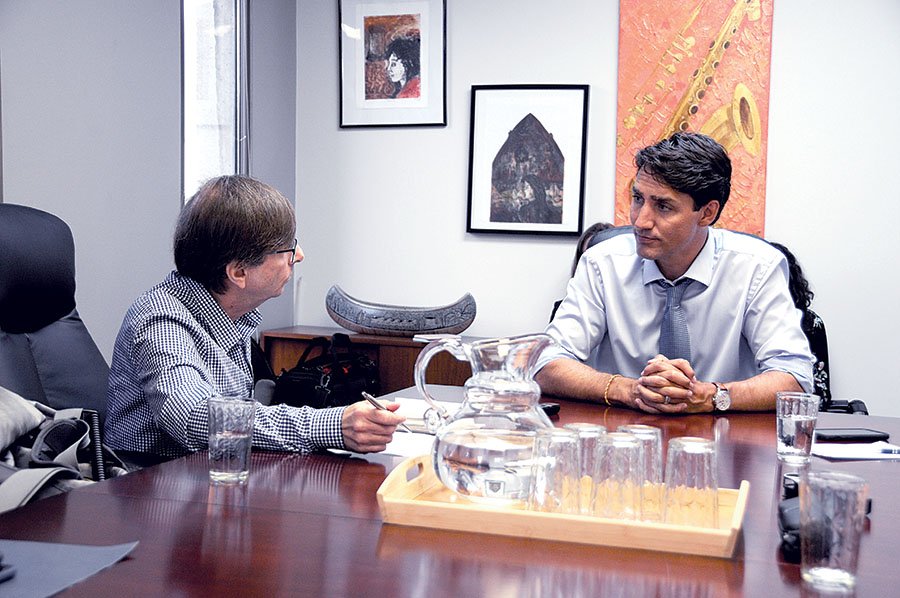 Nearly five years ago, when Justin Trudeau announced his intentions to run for the leadership of the Liberal Party of Canada, he did so at a rally held in Park Extension. In a speech, quoting the German humanist philosopher Johann Goethe, Trudeau confidently declared: “Make no small dreams – they have not the power to move the soul.”

Recalling the moment, he said: “That speaks larger than just a run for politics. It’s the kind of world we want to build – the kind of communities we want to have. When you’re not thinking big about the future, if you’re not even dreaming big, you’ll never achieve anything. So this idea of taking this community and achieving great things has been at the centre of everything I’ve done.”

“You know, people often talk about my father and the influence he had. And, yes, I learned a little how to be a prime minister from him. But it wasn’t he who taught me how to be the MP for a riding, to understand and listen to people.

“My father got into politics with ideas which really were given shape by his writings in Cité Libre, the Quiet Revolution. He had goals with regards to bilingualism, with regards to the constitution which were very clear to him. Of course, I have ideas and values. But a lot of who I am as a politician and as prime minister was taught on the terrain by the people I hoped to represent.”

In the course of the interview, Trudeau also answered questions on a number of current issues facing the country, including Canada’s processing of immigrants and refugees, as well as the country’s gun control policies in the aftermath of mass shooting incidents in Toronto in July and in Fredericton NB in August.

Q and A’s with the PM

While Canada has long had a generally open policy towards immigrants and refugees, that image has found itself challenged lately by the newly-elected Conservative government of Ontario, which has complained to Ottawa about costs associated with accepting refugees crossing over the U.S. border, and Quebec poised to possibly elect a similarly-minded CAQ government. We asked Prime Minister Trudeau if Ottawa is anticipating any significant changes in its immigration and refugee strategies.

“First of all, one of the big changes is that we invested significantly more in streamlining, in improving, in giving more resources to our immigration and refugee system so that we can deal with backlogs and family reunifications,” responded Trudeau. “We have the capacity to process more people, to being families together, to allow them to integrate better and allow them to be successful quicker in Canada and in their communities.

“That is already a big step forward – recognizing that regular arrivals are putting extra pressure on the system, but pressure that we are able to respond to. We are still processing everyone who crosses the border. They will go through the immigration and refugee system in its integrality. And we recognize that there are extra costs for Ontario and for Quebec and that’s why we are sending extra money to Quebec and to Ontario and to other provinces who need help on housing the refugees.”

Given the recent shooting incidents in two of Canada’s largest cities, and the looming possibility that U.S.-style gun carnage is spilling over into this country, we asked the prime minister whether his government is contemplating any changes to Canada’s gun legislation with regards to licensing and firearms control.

“We brought in fairly strong common sense gun legislation in the spring that already does a significant job in making sure there are more controls and making it safer for our communities,” he replied. “But there are a lot of questions about can we do more. And we’re very much looking, talking with Canadians, talking with people around the world about different ways of moving forward to keep Canadians even safer.”

Finally, with a federal election looming in late 2019, we asked the Prime Minister whether (depending on the outcome of the election) he would be willing to serve as leader of the Official Opposition? “I’m not going to answer that,” he said with a grin. “I’m focused on winning the election. That’s not a question I’m going to entertain.”

Ste-Rose Symposium was a crowd pleaser