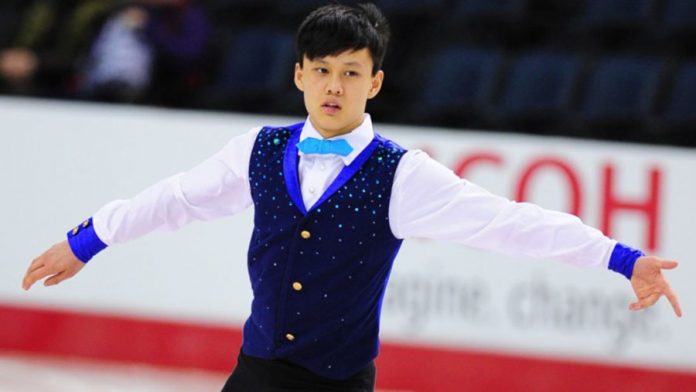 Joseph Phan, from Laval, did justice to his talent at the 2020 Canadian Tire National Championships, where he ranked 4th in the senior men’s event. He finished 1st amongst the Quebec skaters.

His result earned him a spot at the Junior Worlds Championships, which will take place in Tallinn, Estonia, from march 8th to 11th.

Phan began learning to skate in 2006. As a young child, he trained at CPA Asticou in Gatineau, Quebec.[4] In the 2012–2013 season, he was coached by Jocelyne Leduc, Nathalie Martin, and Sylvie Fullum in Saint-Leonard, Quebec.[4]

Competing in September 2016 at his first Junior Grand Prix (JGP) assignments, Phan placed sixth in Ostrava, Czech Republic, and fifth in Ljubljana, Slovenia. In December, he won the senior men’s event, ahead of Bennet Toman, at the Skate Canada Challenge and qualified to compete on the same level at the 2017 Canadian National Championships in January. He finished 11th in his senior nationals debut.

Phan began his season in August at the 2017 Junior Grand Prix in Brisbane, Australia; he placed second in the short program, seventh in the free skate, and fourth overall. In September, he won silver at his next JGP assignment, in Zagreb, Croatia, where he finished second to Alexei Krasnozhon of the United States. Competing as a senior domestically, Phan finished first, ahead of Nicolas Nadeau and Nam Nguyen, in December at the Skate Canada Challenge. The following month, he placed eighth in the short, fifth in the free, and sixth overall in the senior men’s category at the 2018 Canadian Championships.

In August 2018, it was confirmed that Phan had begun training under coach Brian Orser at the Toronto Cricket, Skating and Curling Club. At his first JGP assignment in Lithuania he placed fifth in the short program, but had a very poor free skate, placing ninth overall. Phan said “Today was really hard for me. When I fell on my second quad toe I lost my confidence. It was a tough lesson. Now I need to bounce back at the next event.” Three weeks later in Slovenia, Phan won the bronze medal.  Following this, he commented on Instagram that the transition from training in Montreal to training in Toronto had been difficult initially, but that he now felt things had improved.

At the 2019 Canadian Championships, Phan placed sixth in the short program after falling on his opening quadruple toe loop attempt, though he succeeded in executing his planned combination near the end of his program on his final jump. In the free skate he was more successful, landing both of his planned quads, and placed fourth, to finish in fourth place overall, moving ahead of teammate Conrad Orzel. Phan said “my whole season wasn’t great, to be honest, and what I did here today really gave my confidence back.” He was named alongside Stephen Gogolev to compete at the 2019 World Junior Championships.

Competing at Junior Worlds, Phan set a new personal best in the short program, despite putting a hand down on his triple Axel.