Is imitation the sincerest form of flattery? 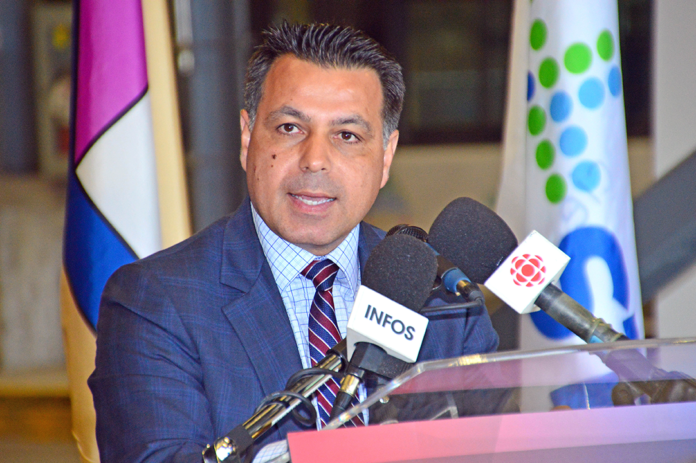 If, as the saying goes, imitation is the sincerest form of flattery, Action Laval seems to have been earning a lot of silent praise lately from Mayor Marc Demers and his Mouvement lavallois administration.

Giving credit where due

According to Action Laval city councillor for Saint-Bruno David De Cotis, the party he belongs to has tabled several motions in Laval city council since last year which were rejected by the Mouvement lavallois majority. However, the administration later went on to table and adopt similar actions, while seemingly taking credit for the work behind them.

In the first of the resolutions, dating from the October 2020 city council meeting, De Cotis and Action Laval asked the Demers administration to implement a property tax freeze in the 2021 budget, taking into account the financial hardships on Laval residents that were brought about by the COVID-19 pandemic.

At the same time, the resolution noted that the city was sitting on plentiful surpluses, and that other municipalities in the Montreal region had announced property tax freezes for similar reasons.

As sometimes happens in parliamentary systems, the government or administration sometimes sees the wisdom or advantages of suggestions made by the opposition, although it isn’t often that the source for these decisions is acknowledged.

‘We make propositions, but then they take them for their own – that’s exactly what they’ve been doing for the last year’

So, although the Mouvement lavallois majority voted down the motion during the October council meeting, around a week before the 2021 budget was tabled, Mayor Demers announced a tax freeze in November last year.

At the January 2021 city council meeting, De Cotis, with the support of his party, tabled a second pandemic-inspired, property tax-related resolution. This one asked the administration to defer the dates for paying 2021 City of Laval property tax bills (which would normally be on March 1 and June 1) to June 1 and Sept. 1 instead.

And in a third motion tabled at the March 9 city council meeting, De Cotis and Action Laval asked council to support his suggestion that the city’s finance department not charge interest on overdue property taxes in 2021, taking into account the economic impact of the pandemic on most residents.

“The city is charging an annual interest rate of 13.5 per cent,” said De Cotis. “That’s why I was asking the city to just remove the penalty.” He noted that the City of Laval’s surplus funds at the end of the 2020 fiscal year stood at $29 million and the city closed 2019 with a surplus of $59 million.

In addition to these resolutions, De Cotis said that a motion he tabled at the February council meeting, to allow senior citizens 65 years of age and older to vote with mail-in ballots in the Nov. 7 municipal elections, was initially defeated in council by the administration, although he said the city subsequently announced it would allow mail-in voting.

“We make propositions, but then they take them for their own – that’s exactly what they’ve been doing for the last year,” De Cotis said. On the upside, he said the fact Action Laval’s ideas are being adopted makes him “very happy, as long as the citizens of Laval benefit. As long as it’s in their interest I’m very happy.”

However, he lamented that the administration, which has a $1.4 million budget to conduct research into ideas and proposals, can’t do better than to copy the ideas of an opposition party which has almost no financial resources at its disposal.