Illumi ‘World of Lights’ returns to Laval for Halloween and Christmas 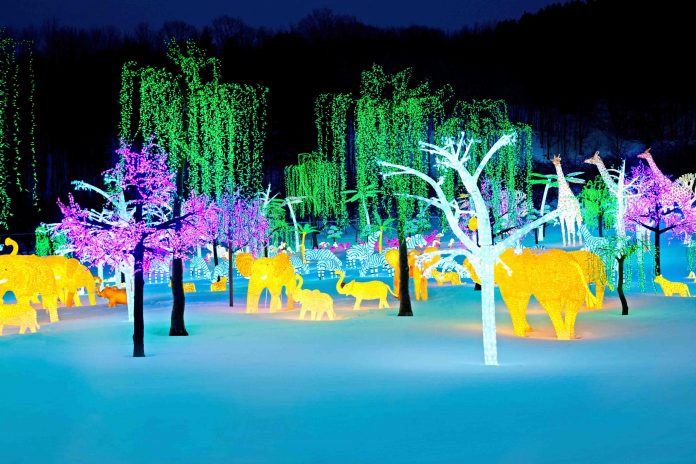 Cavalia, the company that produced last year’s spectacular Illumi “dazzling world of lights” show on a site owned by the City of Laval next to Autoroute 15, has announced the show is returning this year, beginning in October and running through the Christmas season.

As guests at the show discovered last year, there are three ways to experience Illumi: while driving a car, while walking, or while aboard a mini-train.

Cavalia, which built its reputation with an equally-spectacular horse show that was staged for many seasons on the same site, says a newly configured route will offer nine new “universes” for a total of 17 amazing scenes in the Dazzling World of Lights.

As well, the show is said to be three times bigger than the original. Fifteen million LED bulbs will bring more than 300,000 light structures to life.

In October, visitors will be able to enjoy a special Halloween touch. The holiday season at Illumi will begin on Nov. 5, with several thousand light structures in winter colors.