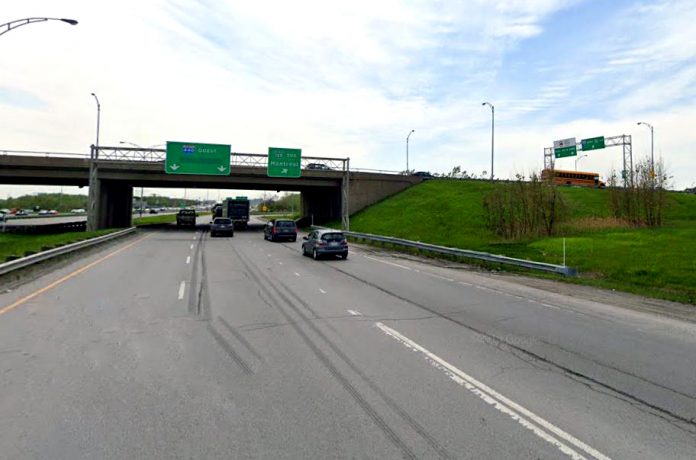 A 58-year-old man narrowly escaped life-threatening injuries on Monday morning when the sub-compact car he was driving along Route 125 while merging onto the Autoroute 440 service road in eastern Laval was broadsided by a dump truck.

The Laval Police Department and the Laval Fire Department were summoned to the scene around 9:15 am. The LFD had to use their “jaws of life” tool to force open the badly-damaged Honda Civic and free the driver.

While the car was badly damaged on the driver-side, the driver himself was reported to have suffered mostly neck pain and light injuries.

According to the SPL who reconstructed the scenario leading to the collision, the Honda’s driver appears to have neglected seeing the dump truck coming from behind on the A-440 service road as the Honda was completing its merge.