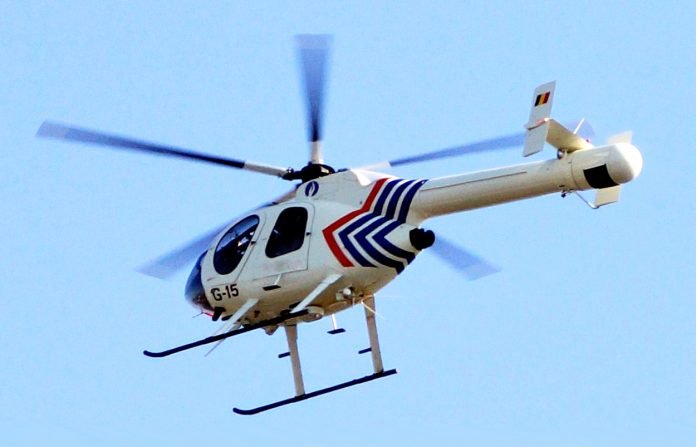 Were you having trouble sleeping on the nights of Dec. 7 and 8?

If so, it might have had something to do with a helicopter overflight operation above Laval-des-Rapides, drawing complaints to 9-1-1 telephone operators.

According to news reports earlier this week, researchers from the Conseil régional de l’environnement (CRE) de Laval and the University of Quebec in Montreal (UQAM) were behind the operation.

It seems the purpose of the overflight was to create an overall energy profile for buildings in that sector using thermal detection sensors.

A spokesperson for the CRE de Laval said the researchers had hoped to notify people living beneath the lingering air traffic of the operation before it got underway.

However, there was a communication breakdown between the CRE and the City of Laval, the spokesperson added.