Have you received any COVID-19 travel ban tickets lately? 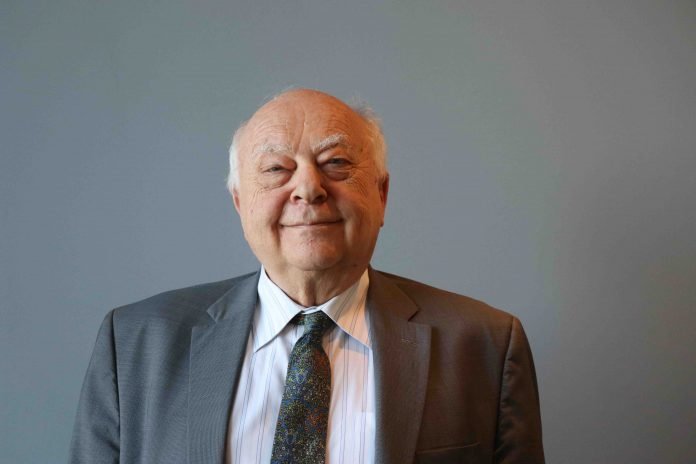 So, since the beginning of the COVID-19 pandemic and all the restrictions that have come with it, were you among the people reported to have received tickets from the police for not obeying distancing rules or for leaving your region without proper authorization?

Montreal lawyer and human rights specialist Julius Grey would like to know the whereabouts of those who were ticketed. Because as far as he’s concerned, few if any have come his way over the past few months to contest the constitutionality of the charges brought against them.

The Laval Police Department issued statements towards the beginning of the pandemic in March and April that they were indeed ticketing people in public places who were visibly not maintaining a proper 2-metre distance from others on playing fields and in public parks.

As well, the Laval News heard at least one unverified anecdote involving a woman from Laval who claimed she was ticketed by police for leaving the Laval region and crossing over the Lachapelle Bridge into Cartierville, ostensibly in violation of provincial rules forbidding travel from region to region during the COVID-19 pandemic.

Adding insult to injury, the story continued, she claimed to have been issued a second ticket when trying to cross from Montreal Island over to the South Shore on the same day. The Laval News tried to authenticate the story from the woman in question, although she declined to be interviewed.

However, a friend of hers told us that the woman received two tickets amounting to $1,500 each and that she is currently fighting them through Ticket911, a Montreal law firm specializing in the contestation of traffic tickets issued in Quebec.

“I don’t have any tickets of that sort,” Grey said in an interview with the Laval News. At the same time, he expressed doubt as to whether there ever was any specific rule about moving from region to region. “I don’t know that there’s any rule that you can’t go from one district to another. Where would it come from? Would it have been legislated by the cities? By the province?”

Grey wondered whether the tickets in question might actually have been issued for another offence. “Are you sure they weren’t speeding at the same time? Or something that’s more conventional?” he said. He said the only case with any similarity he dealt with recently involved a man who was being prevented by the COVID-19 lockdown rules from crossing from Quebec into Ontario.

“I had a case where a man who lived way up north on the Ottawa River, and had a business in Ontario and a residence in Quebec, wasn’t allowed to go to his business,” he said, noting it was an inter-provincial issue, rather than an inter-regional one. “He had to argue back and forth. But in the end they agreed to let him through when he said he’d go to court.”

He suggested the law, if any, creating the restrictions might have been vague. “Initially, they said no one should go very far, that you shouldn’t go downtown or to other places,” he said. “But for instance, I go to visit my mother in Côte St. Luc and I live in Westmount and nobody has ever stopped me. They may have meant Laval and the island of Montreal being separate regions and otherwise you can anywhere you want within those regions.

Show me the law, says Grey

Grey said he hadn’t heard from anyone complaining about being forbidden to move about as they wished because of COVID-19 travel rules. “Nobody has come to tell me that he has been prevented from going somewhere,” he said.

“I know that in some areas, if you come from Montreal, they’ll make you quarantine, because Montreal is more affected than other places.” As well, he said he had no clients contesting tickets for non-distancing, while acknowledging that the police were indeed actively ticketing the worst offenders. “Nobody’s ever come to me with a ticket like that,” he said.