Government of Quebec suffers another legal defeat on Bill 40 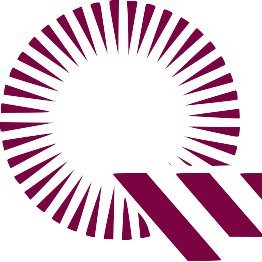 Attempt to immediately overturn the stay on legislation rejected

Bill 40, the CAQ government’s legislation to replace school boards with service centres, will remain in limbo for the time being where the province’s English school boards are concerned. Last week, an appeals court judge postponed a decision until mid-September.

Quebec Superior Court granted a stay last week to the English school boards before Bill 40 can be implemented.

Quebec Education Minister Jean-François Roberge had previously said the government would appeal the decision, saying he is “convinced that we are respecting the rights of Anglophone communities to manage and control” their school boards.

However, last week judge Benoit Moore refused to reverse the Superior Court’s decision by Justice Sylvain Lussier. All of which is to say that the suspension of the law for now stays in effect for the English school boards.

“Justice Moore deferred a ruling on the permission to appeal to a hearing of the Court of Appeal before a minimum of three Justices, which he scheduled for September 14.  In the same decision, Justice Moore also refused to lift the stay granted by Justice Lussier, deferring this issue as well to the September 14 hearing date.

‘Our community has been steadfast in the defence of our rights to manage and control our minority language educational institutions,’ says Quebec English School Boards Association

“The Québec Government had filed a leave to appeal the stay of Bill 40 and furthermore, requested that the Judge immediately reverse the original judgement on the stay. This is the second reversal for the Attorney General of Québec in this case in the last two weeks.

“Our community has been steadfast in the defence of our rights to manage and control our minority language educational institutions under Section 23 of the Canadian Charter of Rights and Freedoms,” said the QESBA. “This is bigger than those of us who are here now. Our Community is fighting for the vitality and future of our minority community to benefit this generation and those to come.

“Given that the implementation of Bill 40 continues to be suspended for English school boards until at least September 14, the holding of school elections on November 1 becomes totally impractical. We once again call upon the Government of Québec to postpone the November 1 school elections until 2021 and to extend the mandates of current commissioners until those elections are held. This is the only respectful and reasonable response to the current situation.”

Sir Wilfrid Laurier School Board chairman Paolo Galati also issued a statement regarding the new developments in the ongoing contestation of Bill 40.

“In early July there was a three-day hearing on the court challenge of Bill 40 with Judge Lussier,” Galati said. “The Sir Wilfrid Laurier School Board and the other eight English school boards believe that Bill 40 denies our constitutional right granted in Section 23 of the Canadian Charter of Rights and Freedoms granting an exclusive power of management and control over minority language instruction and facilities to rightsholders or their representatives.

“August 10, Judge Lussier granted the stay and will be hearing the court challenge in its entirety two or three months from now,” he continued. “The CAQ Government, which is relentless, challenged Judge Lussier’s decision to grant the stay and on August 20. Justice Moore decided not to rule on the government’s request to quash the stay and furthermore has decided to refer both requests including the appeal of the stay to a panel of at least three judges during the week of September 14.