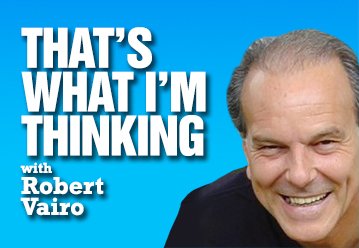 René Lévesque once told me “it’s a sort of inferiority complex”, in a discussion about the push back of his government over English domination. It was in the midst of a post interview discussion over Bill 101, when I was a reporter at CJAD. I was often sent to Québec City to interview the various PQ ministers, (some of whom, ironically were more bilingual than Robert Bourassa’s Liberal ministers). And that also meant meeting up with Premier Lévesque. The program was called “Québec Report”. The “inferiority” comment surprised me. I remember being so upset that I had not gotten that sound bite on tape. I doubt Lévesque would have uttered it on air.

No one separatist or sovereigntist, or Quebec nationalist would disagree with what Lévesque said, then or now. So, is this sense of French Quebec “inferiority” the same motivation today, or is it really about “linguistic transfer” – not sufficient immigrants “transferring” to French? Why is this debate never ending?

I ask because I hear the same rhetoric 45 years later. Especially in this Bill 96 addressing the use of French in the workplace, access to English CEGEPS, French only ‘need apply jobs’, applying the Charter to the number of employees in small businesses etc. It’s all a repeat, but it’s taken further now.

Lévesque at the time revealed in one my interviews with him that Québec was going to form its own constitution. Unlike the “inferiority” comment, this was indeed on air. And it made The CTV National News with Lloyd Robertson. I can still hear Lloyd, “A Montreal radio station reported today that Premier René…its own Quebec Constitution…”.

Now the minister in charge of the Charter of the French Language, wants to change the Canadian Constitution. It’s possible because the CAQ is getting help. Mr. Trudeau’s Liberals, our Prime Minister is going to help get Bill 96 passed, by getting Parliament to consent. Have you noticed Ontario’s Conservative Premier Doug Ford and Alberta’s Conservative Premier Jason Kenney are the constant target of Justin Trudeau? The Prime Minister loves to divert attention, by squabbling with anyone who is not from his ideology, except Québec. Never has he criticized Québec. And that applies to all the marionette ministers. He is silencing negativity towards Quebec because after all, he is from Quebec, a member of Parliament from Papineau who needs to be re-elected, but more importantly because he needs to stop the Bloc. And he’s having trouble doing it.

The Bloc (13 points ahead of Liberals among French survey-Leger) is the major obstacle for Trudeau to obtain a majority vote in the next election. That’s one big reason why he says nothing to protect our English minority, nothing against the law on secularism, nothing on Quebec events like the vandalism of the John A. Macdonald statue. But Trudeau will do what he can to get Bill 96 passed.

Suddenly it’s not about Liberal ideology.

To be fair, they are all need to sway Quebec votes. The Bloc of course will support Bill 96. Conservative leader Erin O’Toole will support it because the West, the Conservative stronghold, will continue to vote for O’Toole. Frankly, the West does not care what happens to Quebec. And the NDP’s Jagmeet Singh, after a disastrous fall from a high of 59 seats thanks to the Jack Layton days, will go with wherever the wind is blowing. He can not afford not to support Bill 96. It’s all about votes. They all just love Quebec, don’t they? It’s a ‘sea of love’. And all federal leaders, Trudeau included, never miss an opportunity for a photo op with Quebec Premier Legault. Why? Because Legault is the most popular Premier in Canada right now. Legault’s opinion poll rating is upwards of 60%. Every politician loves to rub elbows with a winner.

Keep it all in mind when you prepare to cast your ballot at the next federal election. And when will that be? Well technically, the liberals could wait till October 16th, 2023, but they will not. It will be this year. Trudeau’s free-spending budget is a clear sign. Besides, Mr. Trudeau is obsessed with having a majority government, so as not to have to deal with an effective opposition in the House of Commons. That is just the way he likes to rule. He will of course blame the opposition. “…the Conservatives’ tactics have turned into obstruction. That must end,” Liberal House Leader Pablo Rodriguez said in a statement to Reuters.

But make no mistake. The call for an election in large part, depends on the right conditions, like vaccine distribution in Canada. We are the only country in the world to disregard science and stretch out the period from first to second vaccine jabs to 16 weeks, claiming to maximize shots to as many Canadians as possible, Trudeau pretends to lay out “a summer when a vast majority of Canadians have received one dose…where we can see our loved ones and invite our friends over for BBQs” Isn’t that a wonderful uplifting liberal campaign platform!