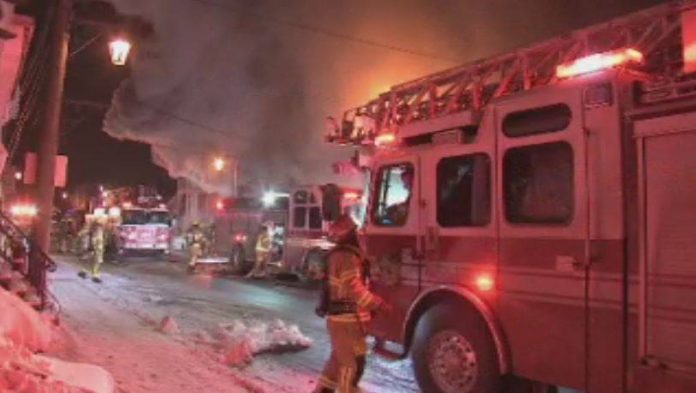 An estimated 20 tenants living in a three-storey apartment block on Cartier Blvd. West found themselves out on the street early Monday morning when a fire raged through their building.

According to the Laval Fire Department, the blaze started sometime before 5 am in the building locate between Perrin Ave. and 15th St.

On arrival, the firefighters saw that the flames had already spread and were visible from a fair distance.

Rescue and evacuation operations were undertaken, but there were no injuries, according to the LFD.

Fire department officials don’t think the fire was set deliberately. An electrical malfunction is being blamed.

However, according to some news reports on Monday, many of the smoke detectors in the eight apartments weren’t working.

Structural damage has initially been estimated at $30,000, with an additional $10,000 for loss of personal property in some of the apartments.