The 16th annual FILIA Walk a Thon, which was also the third held in Laval, drew a smaller crowd than is normally the case each year.

Even though the weather was beautiful on Saturday Sept. 17, an organizer of the event in St. Norbert Park attributed the lesser turnout to a number of the group’s members being on long summer vacations in the aftermath of the more than two-year-long Covid pandemic.

“I don’t think that we are going to have too many people this year,” said FILIA executive-director Johanna Tsoublekas. “Because you can’t imagine how many members are in Greece on vacation.”

Despite that, she said they had already received a good number of donations from absent patrons for FILIA’s meals-on-wheels and other programs, while helping to lead the way towards FILIA’s 40th anniversary celebration next year.

Although a provincial election is taking place in just a few weeks, and in past years the Walk a Thon has offered campaigning politicians a venue to meet and greet, the only politicians who turned up last Saturday were elected officials from the federal and municipal levels of government.

The Walk A Thon is held in September every year as a fundraiser for the FILIA meals-on-wheels program. While FILIA’s mission at one time was to provide assistance to Greek women of the Park Extension Hellenic community and later throughout Montreal, the organization’s mandate now is to serve senior citizens and people of every description are welcomed.

Although FILIA held the Walk a Thon during its first 13 years in Park Extension, which is still regarded by most Hellenic Montrealers as the centre of the Montreal Greek community, FILIA has been focusing increasingly on making its services available in Laval, while continuing to offer those in Park Extension.

Led for many years by Johanna Tsoublekas, FILIA’s services include home housekeeping and supervision, volunteer training and a healthcare clinic for the feet. During this year’s and the past years’ Walk a Thons in Laval, the walkers made their way along a circuit that went around Saint Norbert Park on Cartier Blvd. in eastern Chomedey.

For most of the guests, including El-Khoury, there was no better way to start the day. “It’s very good to be here on a sunny day like today in Laval,” he told the Laval News, noting that among his top priorities is attending the many community events that he gets invited to regularly in his riding.

Vital to the community

“Johanna and FILIA are very important to the city,” said Karidogiannis. “They help us help our senior citizens. That’s why we’re here supporting her and to wish continuing success to Johanna in the years to come. Whatever help she needs, we’re are always by her side.”

“I’m here to encourage FILIA and all the work that Johanna does in Laval and Montreal,” said Revelakis. “I’m here to support her and to wish her all the best. She does so much for all the seniors here and in Montreal.”

“I see being here as my duty and the very least I can do to support FILIA,” said El-Helou, who is responsible for senior citizen dossiers on Laval city council. “Especially after Covid, many seniors are now afraid of getting out,” added El-Helou. “I feel very honoured to be here with everyone. I am always more than happy to provide any kind of help they may need.” 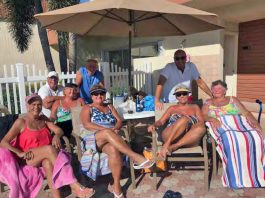 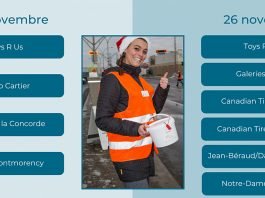 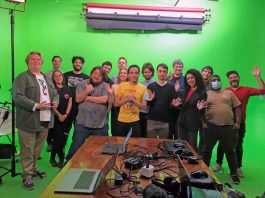 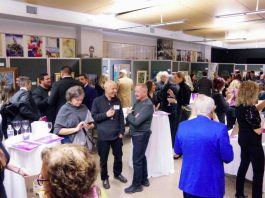 Shield of Athena raises $100,000 through annual auction of art 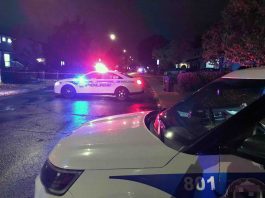